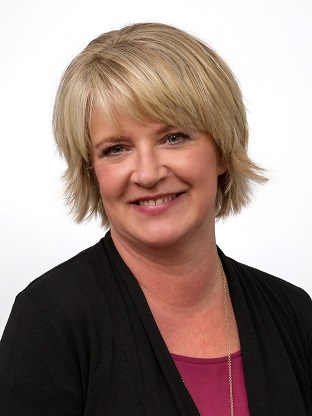 Laurie joined the team at Empire in the summer of 2018. She brings with her an extensive and varied range of experience. In addition, she also brings a cheerful, confident, and intelligent personality to brighten life in our office.

A cosmetologist for thirteen years, Laurie owned her own salon and managed four others for roughly five years. It was an enjoyable and happy time for her.

An out-of-state move threw her carefully maintained life out of balance. At the age of forty, Laurie found herself out of cosmetology and back in college. It was at this time that she was, as she herself described, thrown into property management.

It has been four years since Laurie first entered the field and the experience has been one that she loves. Her detailed and highly motivated mindset is perfect for the task of providing the high level of customer service that is the standard at Empire.

Married to her best friend for over eleven years, Laurie and her husband have been blessed with four children. As of yet, she does not have any grandchildren but reports two “grand” dogs.  She enjoys spending what free time she has with her family.