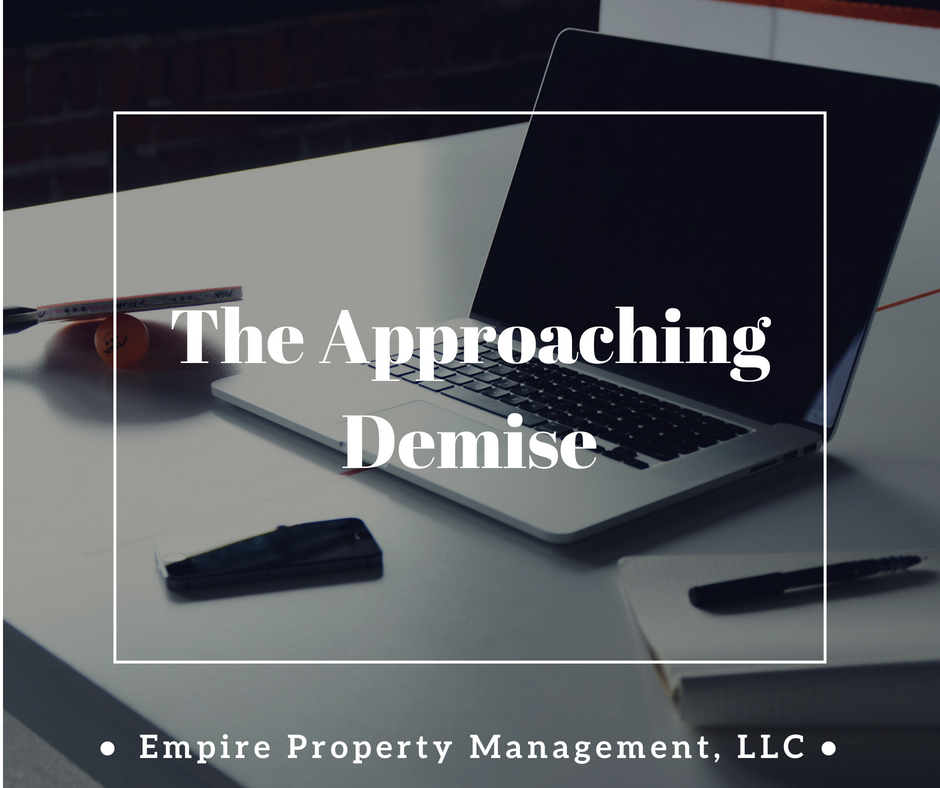 In 1995, Craig Newmark began a small email service to friends that featured local events in the San Fransico Bay area. It became a web-based service in 1996, as well as being expanded into other categories besides that of events. In late 1998, the idea of naming the service the “List Foundation” was toyed with, but ultimately was rejected, and it was christened “Craigslist.”

The growth of the site has been drastic since that point. By 2016, the site had spread to over 70 countries, but now it seems as if the unthinkable may be happening. Its demise could be within sight.

Others now challenge Craigslist. First and foremost, Facebook. The Social Media giant is looming over the world of online commerce. Facebook Marketplace is simple and clean, with the option to message the seller directly through Messenger. Many are now bypassing Craigslist to use that which is more easily accessible.

How does this affect the rental market and Landlords? After all, as of yet, Facebook does not have a place for a business to post available rentals. But still, it does affect us. The number of those that habitually use Craigslist is shrinking rapidly.

Here at Empire, we have been noticing a rapid shift in the source of prospective applicants. Craigslist is fading into the background as others step up to the plate. Fewer and fewer qualified tenants are coming from the number that uses craigslist. Instead, they are choosing sites that are more visually appealing. Numbered among those are Zillow, Apartments.com, and Hotpads, to name a few.

As the numbers of users decrease, the number of spammers grows. When posting your home, every picture must be watermarked, or within the hour there will be multiple listing of your rental on the site. We have even had cases of the scammer posing as a representative of Empire Property Managment. The entire listing was identical to ours: they merely copied and pasted. Every piece of information was the same, excluding the phone number and email contact.

Our available rentals auto-populate to over fifteen different sites. However, the very nature of Craigslist does not allow the auto-populating software we use. Until this point, our Leasing Agents and Property Manager have manually posted each listing to the site.

With the end drawing near for Craigslist, and the lack of response from qualified tenants, Empire has finally made the difficult decision. We will no longer post our available homes to the site. Our reasoning for the step is thus: In this industry, time is money. We do not receive many responses from the site, but we do receive some. The time involved in answering these inquiries from people that rarely take the next step of viewing the home, as well as monitoring the site for scams, is wasted.

Knowing that every day the home spends vacant is a day that our owners will not be paid rent, we do our best to eliminate all wasted time. Unfortunately, this now includes posting to Craigslist.

Contact Empire today to work with a Property Manager who knows how to change with the market.