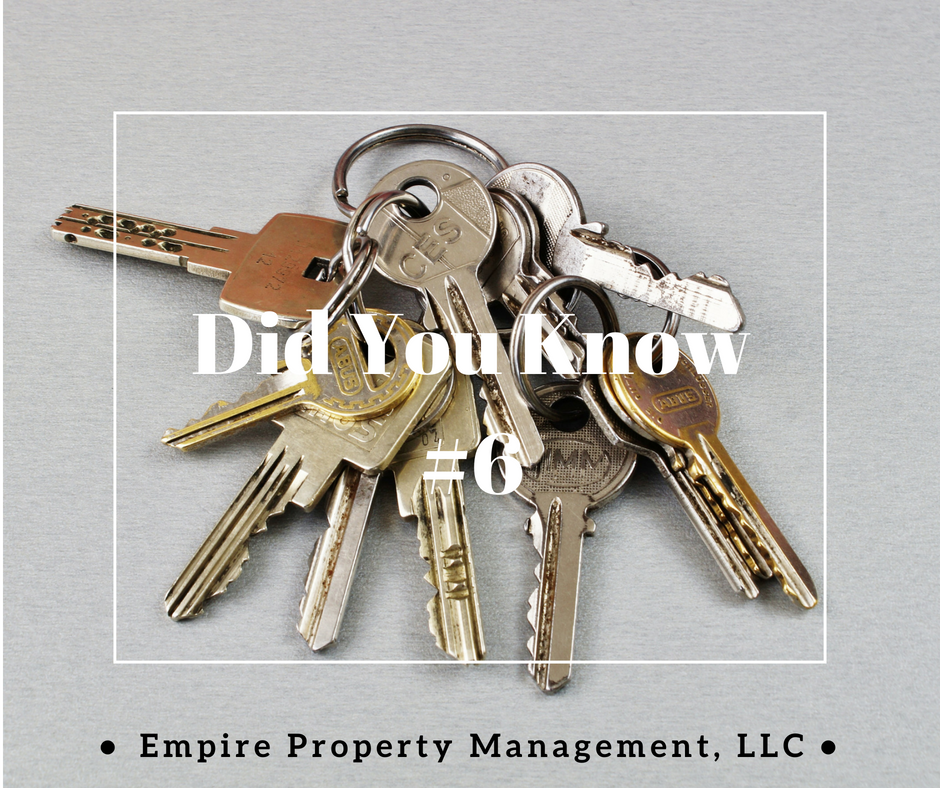 Keys are every Property Manager’s worst nightmare. Every property has at least one, and some have far more than that. If even one of those keys is lost or misplaced, it can be an enormous problem. Here at Empire, we have a system in place that keeps most problems caused by the keys from happening. Our end is kept perfectly organized, but there are still problems.

Problem no. 1 isn’t that big of a deal normally. Unless it happens to be nine o’clock at night. Or later, has occasionally happened in the past.  It means driving to the office to pick up the key and then to the rental to unlock the door. While it may not be the best or most relaxing way of spending your evening, it isn’t the end of the world. It is part of being a Property Manager.

Problem no. 2 was a little bit more of an issue and unfortunately occurs often enough to be a serious bother. Short of rekeying the entire home with tenants currently living in the home, nothing can be done to solve the issue but wait for the house to go vacant.

After a few late night calls and instances of being locked out of a home, our Lead Property Manager made a rather interesting purchase. 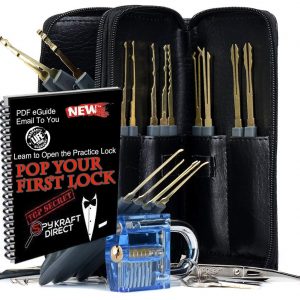 In early 2016, he bought himself a lockpick set. It took time and practice, but he has become talented at picking locks and has passed some of that same skill on to others in the company who have in their turn become quite good. It has saved time and money in the long run, making the move-out process smoother by eliminating the need to hire a locksmith.

If ever you are driving past your rental and you see a man crouched on the front porch, fiddling with the lock, please look twice before calling the police. It may just be the Property Manager.