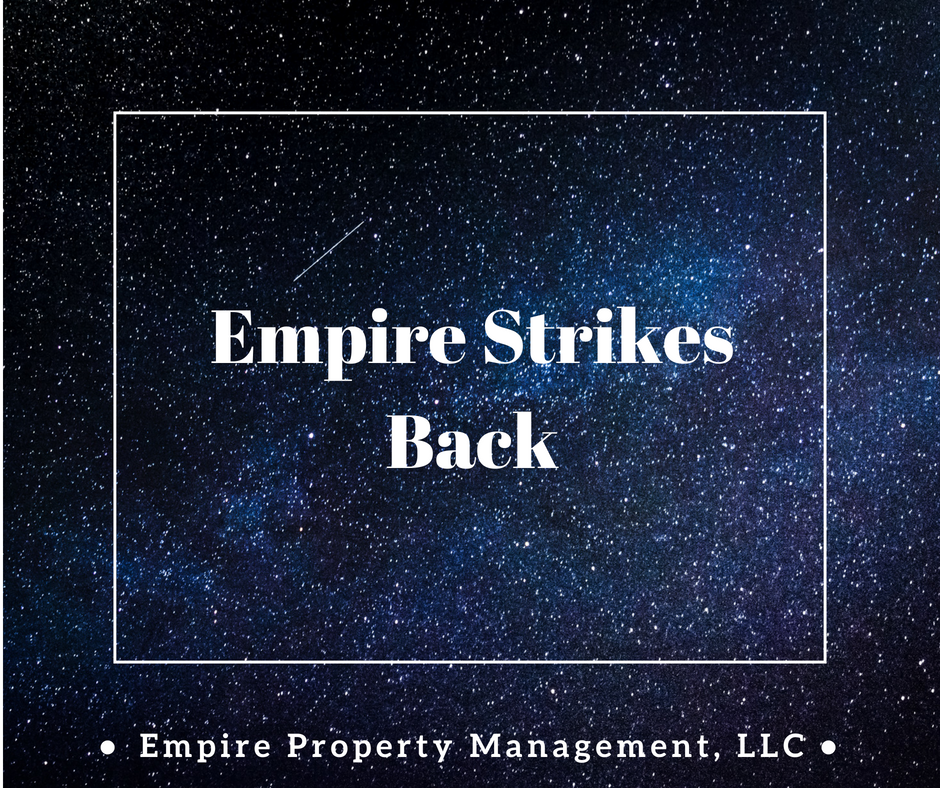 Life here at Empire can be very monotonous; it runs in neverending monthly cycles. With most management companies, there are of course emergencies, evictions, and other charming problems to break up the rerun and bring some life back into the office. Empire does experience the emergencies- they are an inescapable part of life at a management company -but rarely do we perform an eviction. Many of the other problems also do not occur. The reason for it is simple. Our tenant screening.

We do the work on the way in, which leaves us a limited amount to do during the tenancy. There is enough to keep us busy, but it is work that repeats month after month. Luckily – or unluckily, depending on how you look at it – we have something that helps break up the dull repetition that comes with near perfect tenants. Empire is growing, and with that growth comes property takeovers. With property takeovers, come tenants that are rarely perfect.

More often than not, the tenants we inherit from property takeovers are the ones that dominate your nightmares. Not all, but a fair percentage of them. That percentage is not always in the majority. However, they do have the knack for drawing attention and making noise. Thanks to those tenants, Empire’s property managers know how to perform evictions.

Empire does not agree with the stereotype of landlords and tenants being at each other’s throats; it is not a war. Unfortunately, not every tenant believes the same. For those that think that way, there is sometimes no choice but for Empire to Strike Back.

A layout of Empire’s Month

Rent is due on the first and late on the fifth. For those who pay late, there is a standard late fee of $75-100.

72-Hour notices are served on the Eighth of the month.

The Property Manager files at FED court on the Sixteenth.

Bills are paid between the Fifteenth and Eighteenth.

Owner Payments on the Nineteenth.

It is exceedingly rare for us to go beyond a few late fees company-wide. There are occasional 72-hour notices served, but only occasional. After thirteen years of Property Management, Empire has never been required to eviction a tenant we put into the home.

If you want to work with a Property Manager who doesn’t spend several days every month in court, join us, and together we shall bring peace and order to your empire.