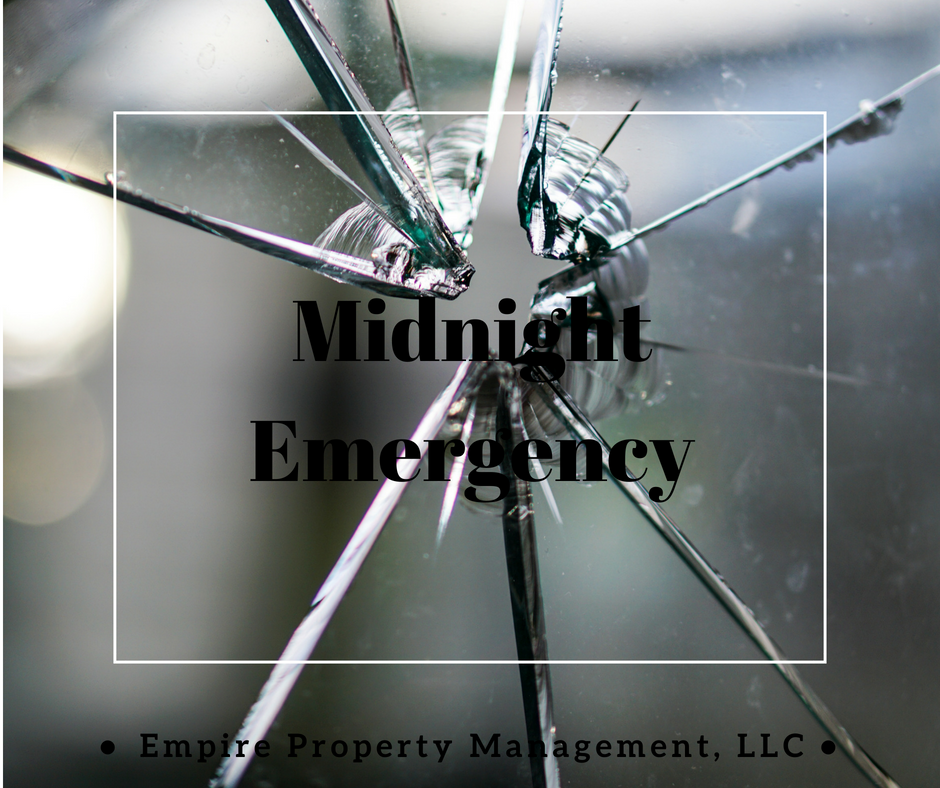 Here at Empire, we have noticed a trend. If you have company or your family is over for the holidays, there will be an emergency. If there is one emergency, there will be another one within the next hour or two. One person has their sewage backflowing into their bathtub? There will be more. With property management, when it rains it pours.

Every landlord has experienced the midnight calls. It is certainly the low point of property management, and as of yet, we have experienced difficulty in finding the silver lining that is supposed to be at the heart of every gray cloud.

At first, handling emergency calls was simple. There was one property manager. A special number was set up as an emergency line and set to alternate 40-second calls between his personal and home phone until one of them was answered. So it remained for several years.

During that time, Empire continued to grow. The number of tenants increased, as did the number of emergencies. The odd water leak, exploding water heater, or frozen pipes in winter began to increase in frequency until one man couldn’t handle it all. More importantly, as he was the owner and founder of the company, he decided that he wasn’t going to handle it all. It was time to rethink our strategy.

It took care and time to rebuild our emergency line. The transition had to be completely seamless to ensure we didn’t miss any calls.

There are now five different numbers set to ring one after the other. Each notifies someone different, ensuring that we do not miss an emergency, but also that it isn’t one person bearing the brunt of all of it. But it still wasn’t perfect. It took us a few months to notice the trend. The one that always dealt with the emergencies hadn’t changed. The first phone on the list, and the one that always answered, was Ed Waggoner. Our emergency line needed a little more tweaking.

The new set up is almost ready, with the phone numbers set to go on rotation, ensuring that no one is unnecessarily overburdened. The changes will be implemented as soon as the final testing to ensure that it functions properly have been completed.

Contact Empire today to work with a company that is always trying to improve.