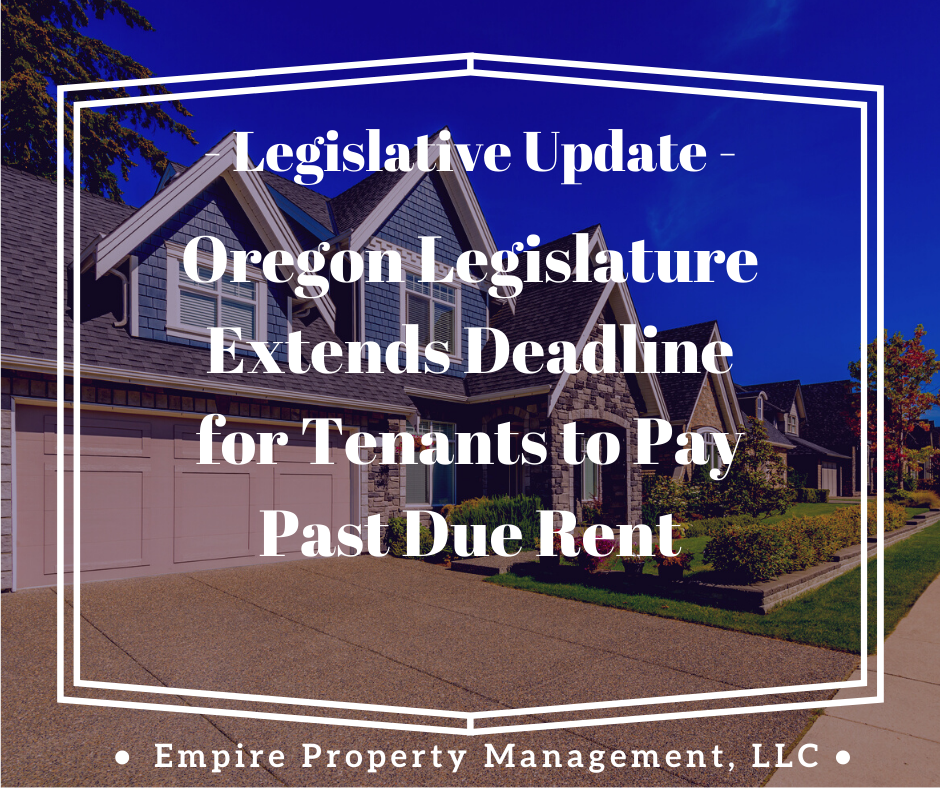 The Oregon legislature has an interesting way of handling problems. Push them out to next year and hope it all goes away by then. Senate Bill 282 does exactly that. Rather than deal with the consequences of locking down the state for a year and preventing tenants from working, while also preventing landlords from evicting tenants with past due rent, they pushed the problem to February of 2022.

Apart from extending the payback period, the bill prohibits landlords from denying applicants who were evicted during COVID. How is that vague term defined? We’ll let you know after the lawyers figure it out. The bill also includes restrictions regarding illegal occupants and continues to extend the use of 10-Day Notice of Non-Payment Notices.

As Empire predicted last month, the bill passed the House and has been sent to the Governor’s desk where it was today signed into law.

There is the bad news. Now for the better news. Last December, the Oregon legislature allocated $150 million to landlord assistance. As of now, very few, if any, landlords have received it. When the program was first opened, it was hit by a deluge of applications from Oregon landlords. Unable to handle the traffic, the website broke and it was two full weeks before it was running again. But despite that, some landlords still managed to apply.

Those applications received their results within the past few weeks. If approved, the funds should be arriving shortly. The landlord compensation fund is open again for landlords that didn’t make the first round.

As everyone knows, the CDC recently updated its recommendations on masking. Their new stance is those who are vaccinated should not be required to wear a mask. Later that day, Governor Kate Brown relaxed her mandate in response.

The step in reopening will resonate across every level of the market. It is a major step in our journey back to normal life. As they relax more restrictions, the rental market will open up in response.